Jill Gostin Named Woman of the Year in Technology

Women in Technology (WIT) named GTRI Principal Research Scientist Jill Gostin one of its Women of the Year in Technology.

Gostin, who joined GTRI in 1985, won WIT’s Women of the Year in Technology in the Medium Business category at the annual WIT Awards ceremony on Nov. 10. WIT also named winners in the Large Business, Small Business and Non-Profit categories.

The awards are given to women who are actively engaged in Georgia’s STEM (science, technology, engineering and mathematics) educational community.

Gostin is the deputy lab director for the Information and Communications Laboratory (ICL) within GTRI.

Some of her research achievements includes the following:

She is serving in her second, two-year term as Chair of the GTRI Awards Council, which she considers part of her service to GTRI.

“I believe in leading by example, and the example I want to set is that it is important to help others advance their career paths, whenever and however I can,” Gostin said. “Over my career I have specifically sought out opportunities to help my fellow technical professionals be recognized for their achievements. By helping GTRI employees get recognized for their work, we can also bring acclaim to GTRI.”

Gostin, who also is active in the IEEE professional society, serves on the Board of Governors of the IEEE Computer Society and is the Vice President of Finance for the IEEE Sensors Council.

Through the IEEE Computer Society, she serves as the representative to IEEE’s Women in Engineering (WIE) program, which works to increase the representation of women in engineering disciplines. Gostin also has served as a STEM mentor by teaching sixth-grade math and science classes on behalf of Women and Science in Engineering.

Gostin is also featured on trycomputing.org, which encourages young people to explore the field of computing, and has served as a Girl Scout leader.

“I took every opportunity to encourage the girls to consider technical careers,” she said.

WIT supports women at every stage of their STEM (science, technology, engineering and mathematics) careers. More than 2,500 professionals, 500 students and 250 volunteers work to provide middle and high school girls with STEM opportunities and networking and ongoing education for professionals. 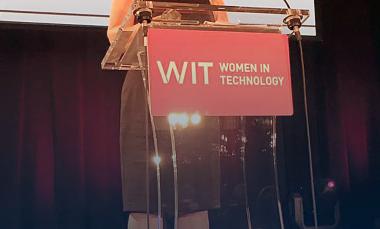 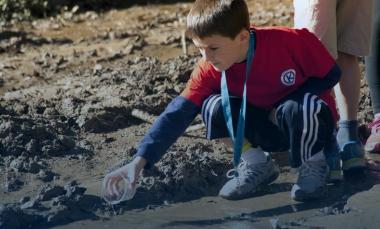