After a service member leaves the military, figuring out how to take that next career step can be daunting. Through its Hiring Our Heroes (HOH) program, the Georgia Tech Research Institute (GTRI) seeks to address this challenge by helping veterans and families of military members find civilian employment within the organization.

On Sept. 6, GTRI welcomed its second HOH cohort, which includes five service members from the U.S. Army, Air Force, Navy and Marine Corps. GTRI's 12-week HOH fellowship gives participants the opportunity to conduct real-world research in one of GTRI's eight laboratories while giving both parties the opportunity to assess whether the partnership is a long-term fit. Fellows are paired with a sponsor within a GTRI lab.

Erik Andersen, a GTRI principal research associate and HOH chair who was GTRI's first HOH fellow in 2021, said he is excited to see the operational and technical expertise that the cohort brings to GTRI.

Before joining GTRI, Andersen served 37 years in the Army – 26 of which were in the Georgia National Guard – and he retired at the rank of colonel. Throughout his career, Andersen also served as an Atlanta police officer and has started two businesses: a security firm and a global management consulting firm.

Looking back on his own HOH experience, Andersen said the program not only allowed him to contribute to real-world projects from day one, but it also gave him room to cultivate two of his passions at once: servant leadership and entrepreneurship.

"For me, GTRI is a place where I can continue to serve," Andersen said. "It also lets me feed my entrepreneurial spirit; I have the freedom to connect people and resources together to create things that weren't there before."

Sponsors, according to Andersen, play a key role in enriching the HOH experience.

In just the second week of his fellowship, Andersen recalled that Fassett facilitated an opportunity for him to present to GTRI leadership on a potential project within the State of Georgia.

"JD saw what I brought to the table early on, and made sure that other people saw that, too," Andersen said.

Fassett said the HOH program is an important tool for attracting and retaining top talent at GTRI.

"The HOH program is already proving to be an extremely valuable recruiting tool for GTRI, especially at a time when recruiting in the tech industry in Atlanta and around the country is increasingly challenging," Fassett said. "While we do not guarantee a job at the end of the program, we do guarantee the opportunity to interview for a position. The time allotted for GTRI to get to know the military fellow and for that fellow to get to know GTRI has really helped to streamline our hiring and onboarding process."

He added that program sponsors serve as a valuable support network for fellows as they transition out of the military.

"Having a sponsor who is engaged with the military fellow from the beginning is critical to the success of this program," Fassett said. "Especially given the massive life-changing event these service members are undertaking in leaving the military and entering the civilian world, having someone at their prospective employer to go to and trust during their transition is not just useful but also comforting." 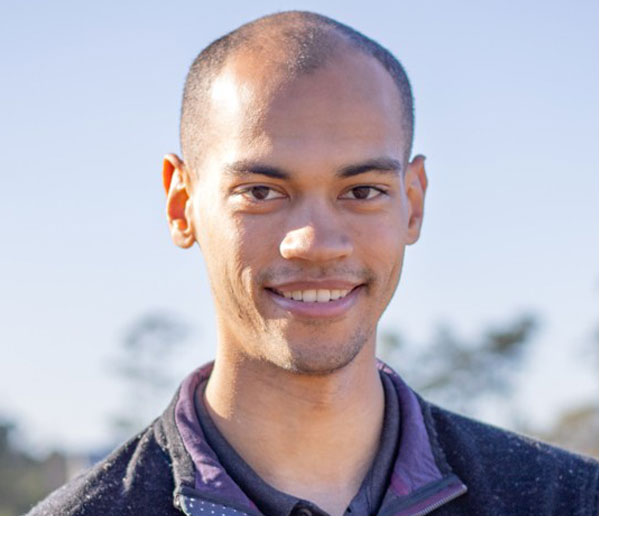 Akiti comes to GTRI with four years of experience with the U.S. Marine Corps, where he most recently served as an information management officer for the 2nd Marine Logistics Group (MLG). In this role, Akiti supported the 2nd MLG's tactical and garrison operations. Akiti has expertise in local and wide area network design, system monitoring and reporting, server build supervision, as well as artificial intelligence-centric software engineering.

He holds a B.A. in computer science from Princeton University. 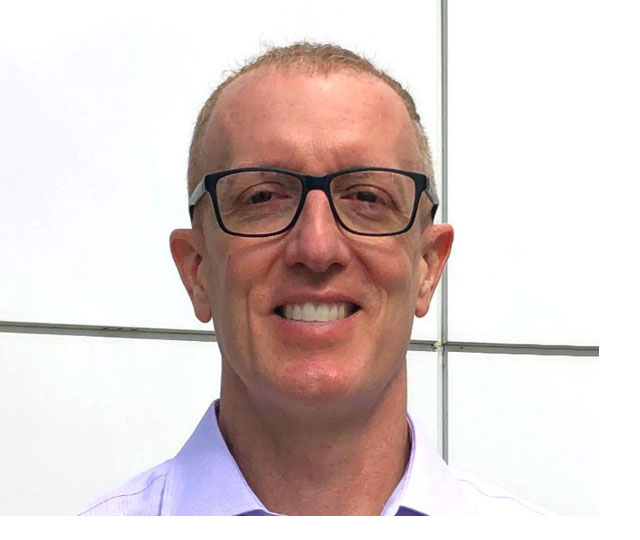 Holland is a retiring cyber warfare officer in the U.S. Army with nearly 27 years of active duty service experience. Holland most recently served as the Army Capability Manager for Electronic Warfare (EW) at Fort Gordon in Augusta, Ga., where he was the lead capability developer and integrator for the Army's new EW systems.

Holland has expertise in EW, cyber operations, network engineering, cybersecurity architecture, leadership, and training. He holds a B.S. in mathematics from Tulane University, an M.S. in telecommunications from the University of Colorado, and a M.A. in national security and strategic studies from the Naval War College. 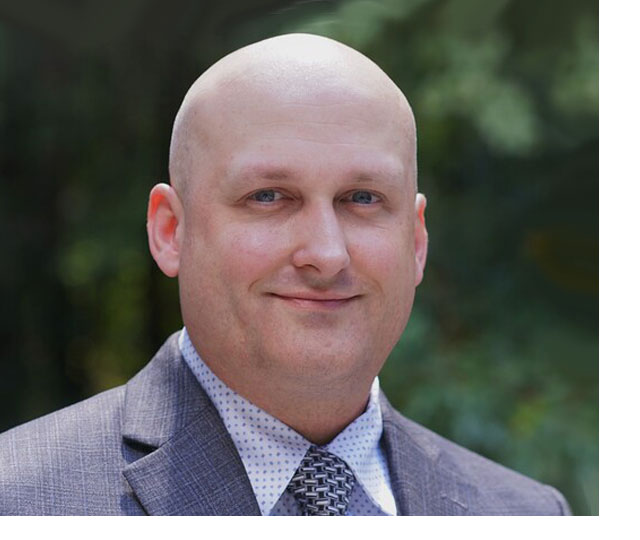 Campbell comes to GTRI from the U.S. Air Force, where he has 12 years of experience as a computer systems programmer and cyber warfare operations expert. Campbell most recently served as the platform operations manager for the Persistent Cyber Training Environment (PCTE), which supports the United States Cyber Command (USCYBERCOM) by enabling a critical need for the Department of Defense and Joint Cyberspace Operations Forces to train at the individual, team, and force level. In this role, Campbell supported joint military, federal agency, and international partner cyber training ranges with five private clouds. 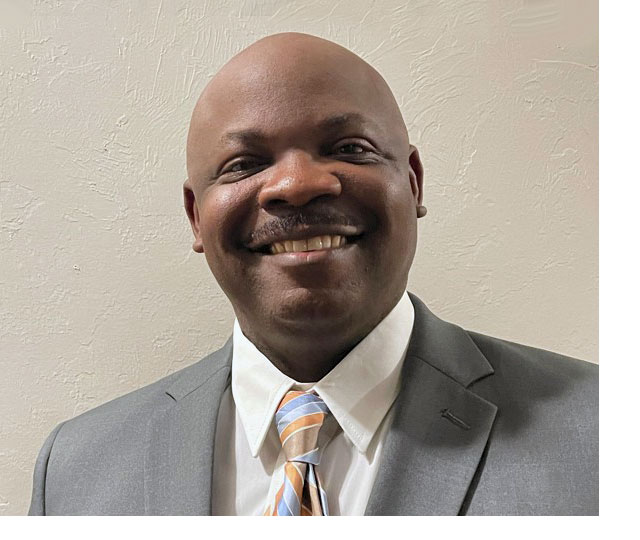 Jones holds a B.S. in business administration and a master's degree in homeland security from Trident University. 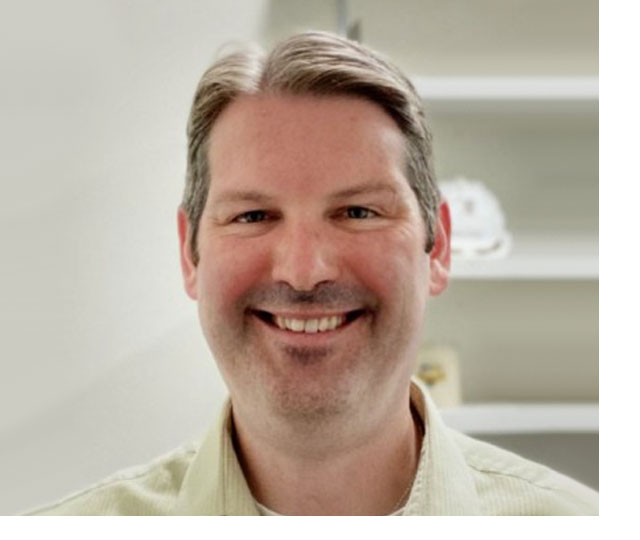 Arledge comes to GTRI after 23 years of service as a technical leader and program manager in the U.S. Navy. He started his military career in nuclear submarine service with assignments onboard USS LOUISIANA and USS CHICAGO. In 2011, he transferred to the Engineering Duty Officer community focusing on ship maintenance and system acquisition. In this role, he worked with remote sensing systems at the National Reconnaissance Office and completed the last dry docking of USS NIMITZ.

Most recently, Arledge served as academic program officer and military faculty member at the Naval Postgraduate School in the Mechanical and Aerospace Engineering Department and Space Systems Academic group. He has been recognized with various personal and unit awards during his Naval career and is an active member of the American Society of Naval Engineers.

He holds a B.A. in chemistry and Spanish from Jacksonville State University, and M.S. degrees in space systems operations and astronautical engineering from the Naval Postgraduate School. 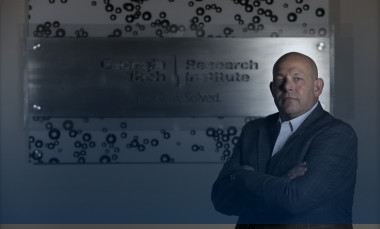 GTRI Sponsors Its First Fellow from Hiring Our Heroes Program

Col. Erik Andersen has served in the U.S. Army, Georgia National Guard, and the Atlanta Police Department. He met GTRI recruiters at a recent virtual career fair in January 2021 and advocated for a program called Hiring Our Heroes (HOH), which helps veterans and families of military members find civilian employment. He sees GTRI as a good place for combining his heart for service and entrepreneurial spirit.
07.08.2021 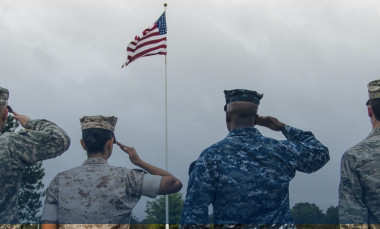 GTRI has welcomed the fall 2022 cohort into its Military Graduate Research Program (MGRP). MGRP offers U.S military personnel the opportunity to conduct Department of Defense-related research in a GTRI lab while simultaneously obtaining a master's degree in a science, technology, engineering, or math (STEM)-related program at Georgia Tech.
08.22.2022