In four years, Atlanta will be filled with local and international soccer fans as a host location for the 2026 World Cup. Plus, with all the buzz about Atlanta United, you can feel that the love of soccer is alive and well in our city. So it makes sense that soccer entered the conversation when GTRI’s workplace enhancement team began discussing ways to create connection and engagement opportunities. The workplace enhancement initiative aims to empower employees to improve overall morale and their quality of work-life by designing and running various projects to improve the GTRI employee experience. They’ve been instrumental in launching GTRI’s employee makerspace and diverse networking communities.

Alexa Harter, director of the Cybersecurity, Information Protection, and Hardware Evaluation Research (CIPHER) Laboratory and one of the organizers for the soccer tournament, participated in a soccer league while in school. She saw how the playful environment allowed students and professors from different departments to meet and make connections and thought the same model might work at GTRI.

“When we were first considering starting a league, we sent a survey out to everybody at GTRI to assess interest,” said Harter. “One hundred sixty-eight people responded that they were potentially interested in playing in a soccer league. That seemed like more than enough to move forward!”

With an idea in place and the community’s interest piqued, it was time to bring soccer to GTRI. Andrea Soyland, an admin manager, did the heavy lifting on organizing and coordinating the actual event. Georgia Tech’s Campus Recreation Center (CRC) provided a venue for this venture. The CRC is a cornerstone for Georgia Tech’s thriving campus community, and they have vast experience hosting fitness programs, competitive sports, aquatic programs, outdoor recreation, and more. Abby Harvey, Ben Hays, and Darrin Wolfe from the CRC helped make this event a success by providing GTRI access to their registration software and coordinating the use of the fields.

On June 27 and 28, six GTRI teams braved the rain and mud to usher in the era of soccer at GTRI. On the first day, the teams played two games each, and the results were used to seed a tournament on the second day. Over 50 GTRI players participated in the tournament, with varying motivations for playing.

Research Engineer Maia Gatlin had always wanted to play soccer but had previously been too nervous. This summer, she is serving as a mentor for the GTRI Research Internship Program (GRIP), and her students asked her to play.

“I came away from this feeling more comfortable playing soccer and looking forward to more potential sports and collaborative GTRI events to get to know more of the great folks that work here,” said Gatlin.

Principal Research Engineer Patrick Neely was another player who came into the tournament without prior experience. Despite the learning curve, he had a great time meeting people outside his usual work circle and is looking forward to playing again.

Neely gave a shout-out to one of his teammates: “Dareus Morris was incredible! He was responsible for half our goals and went out of his way to give his teammates opportunities to score.”

On the other end of the spectrum, Research Engineer Niko Giannakakos is an avid soccer fan who played on the varsity team in high school.

“Since the world cup is being played in the winter this year, I had to find something to fill the soccer-shaped hole in my heart, said Giannakakos. “This tournament fit the bill perfectly.”

Giannakakos was the team captain for Inter-lab-ionale FC, a play on the name of the Italian soccer team Internazionale Milan FC. He wanted to foster inter-lab unity, meet co-workers, and have fun playing a sport he loves.

Ultimately, Giannakakos and Inter-lab-ionale FC took the trophy home after triumphing over team Terns in the final match with a score of 5 - 2.

“Even though I had met almost everyone on my team for the first time during the tournament, I was immediately able to form a bond with them where we can joke and have fun together,” said Giannakakos. “The fact that we were able to do that and win the tournament was the highlight of my summer so far. Hopefully, we can reunite as a team next tournament and defend the title!” 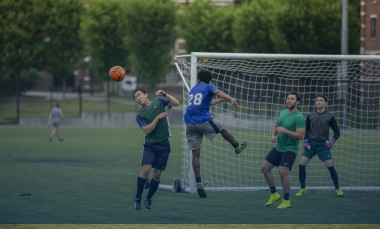 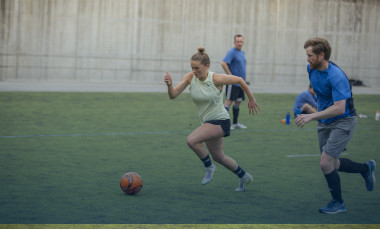 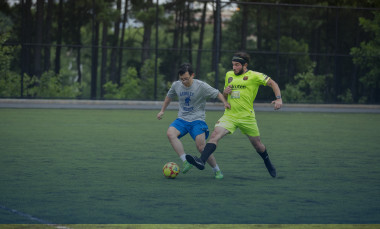 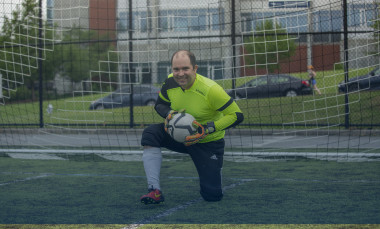 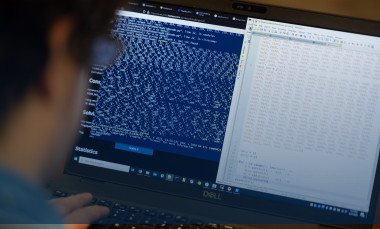 When people think about the game capture the flag, memories of gym class or family trips likely come to mind. GTRI is participating in a slightly different version of this childhood favorite, where teams face off against opponents across the world to tackle real-world cybersecurity issues.
06.09.2022 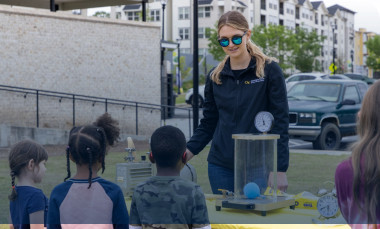 Over 150 students and their parents attended a STEM outreach day coordinated by the Georgia Tech Research Institute (GTRI) and the City of Smyrna. Attendees explored the world of science and learned about the different career opportunities in the science industry.
06.13.2022