Researchers have developed a new general-purpose, high-performance monolithic microwave integrated circuit (MMIC) for the direct filtering and processing of radio frequency (RF) signals in the microwave and millimeter-wave spectrum. The IC is designed to meet the need for high-frequency, wideband analog electronics for specialized applications with small form factors and challenging weight and power budgets.

The device, known as Transversal Radio Frequency Filter Integrated Circuit (TRAFFIC), has demonstrated a fully-reconfigurable 10-to-1 analog finite impulse response (FIR) filter for tunable filtering across a wide band of frequencies from 2 to 20 gigahertz. TRAFFIC was implemented in silicon-germanium (SiGe) technology, a platform designed for high-frequency performance of mixed-signal and analog IC designs. 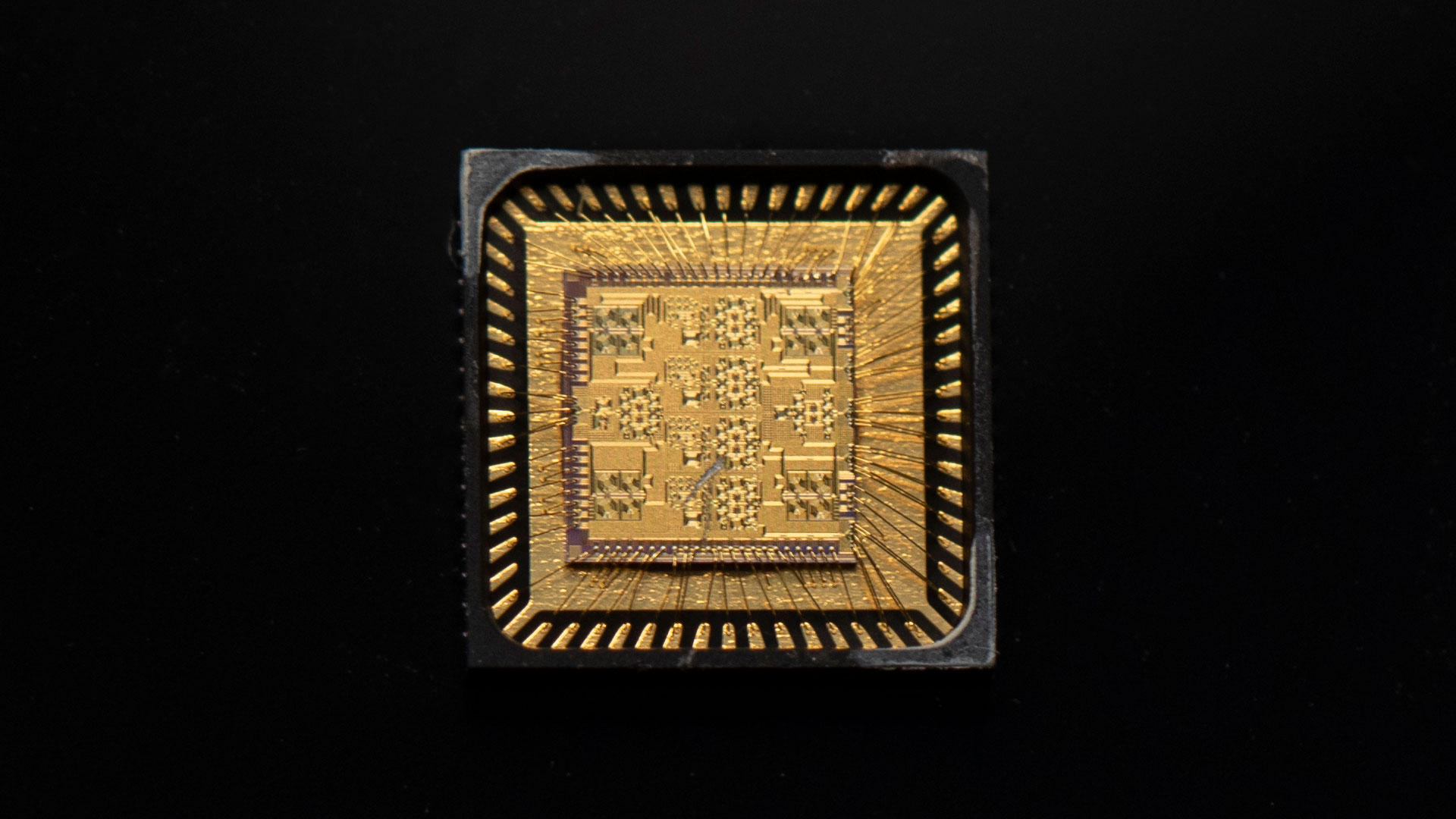 TRAFFIC is intended to reduce the size, weight and power (SWaP) requirements of RF front-ends while providing broadband, instantaneous reconfigurability and multi-function RF capability. The GTRI team has already demonstrated TRAFFIC as a front-end reconfigurable filter and new efforts are on-going to leverage this technology as an analog signal conditioner within a self-interference cancelling system.

“TRAFFIC is really about putting more of the functionality closer to the aperture,” said Doug Denison, director of the Advanced Concepts Laboratory at the Georgia Tech Research Institute (GTRI). “Doing that potentially reduces size, weight, power and also cost, while lowering latency through the system and relieving some of the burden on digital components.”

Filtering out unwanted high-power or out-of-band signals before they enter digital signal processing can improve a system’s ability to process low-power signals of interest by preserving the dynamic range of the incoming signal. The FIR filtering also allows pre-compensation for distortion that occurs when amplifiers operate in saturation – a condition that can make them more power efficient.

TRAFFIC was designed to be highly reconfigurable, allowing it to provide the flexibility that in the past has been delivered by power-hungry digital blocks that were needed to convert analog signals to digital for processing, explained Nelson Lourenco, a GTRI senior research engineer who is the program’s project director.

“High-speed digitization blocks targeting microwave frequencies are expensive and consume a lot of power,” said Lourenco. “In RF, we can perform processing similar to what can be done in field programmable gate arrays (FPGA), with the idea being that since this is a small integrated circuit, we can put it very close to antennas and integrate it by developing form factor solutions that are very small.” 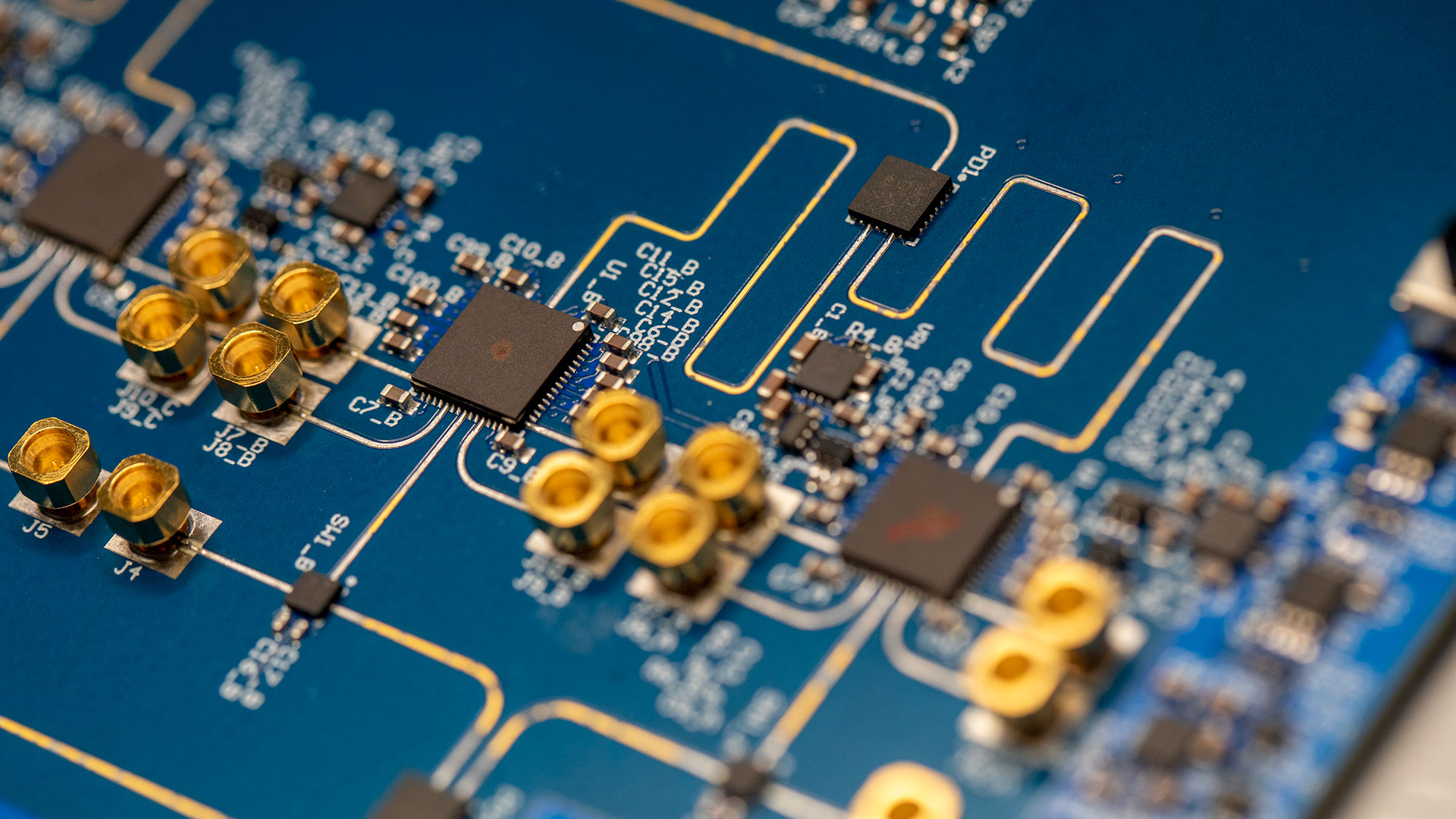 Moving Processing Closer to the Aperture

Beyond the heavy power needs, conversion of analog signals to digital introduces latency into the system, and imposes speed and bandwidth limits that require signals to be sampled instead of fully processed. TRAFFIC’s wideband capabilities allow aperture data to be directly analyzed without sampling.

“Anything we can shift from digital to analog will make the system more capable,” said Lourenco. “We can configure it more quickly, reduce latency and integrate the electronics right at the antenna. Some of the sensitive processing that we need to do can be done directly in RF, which opens up a lot more capability.” 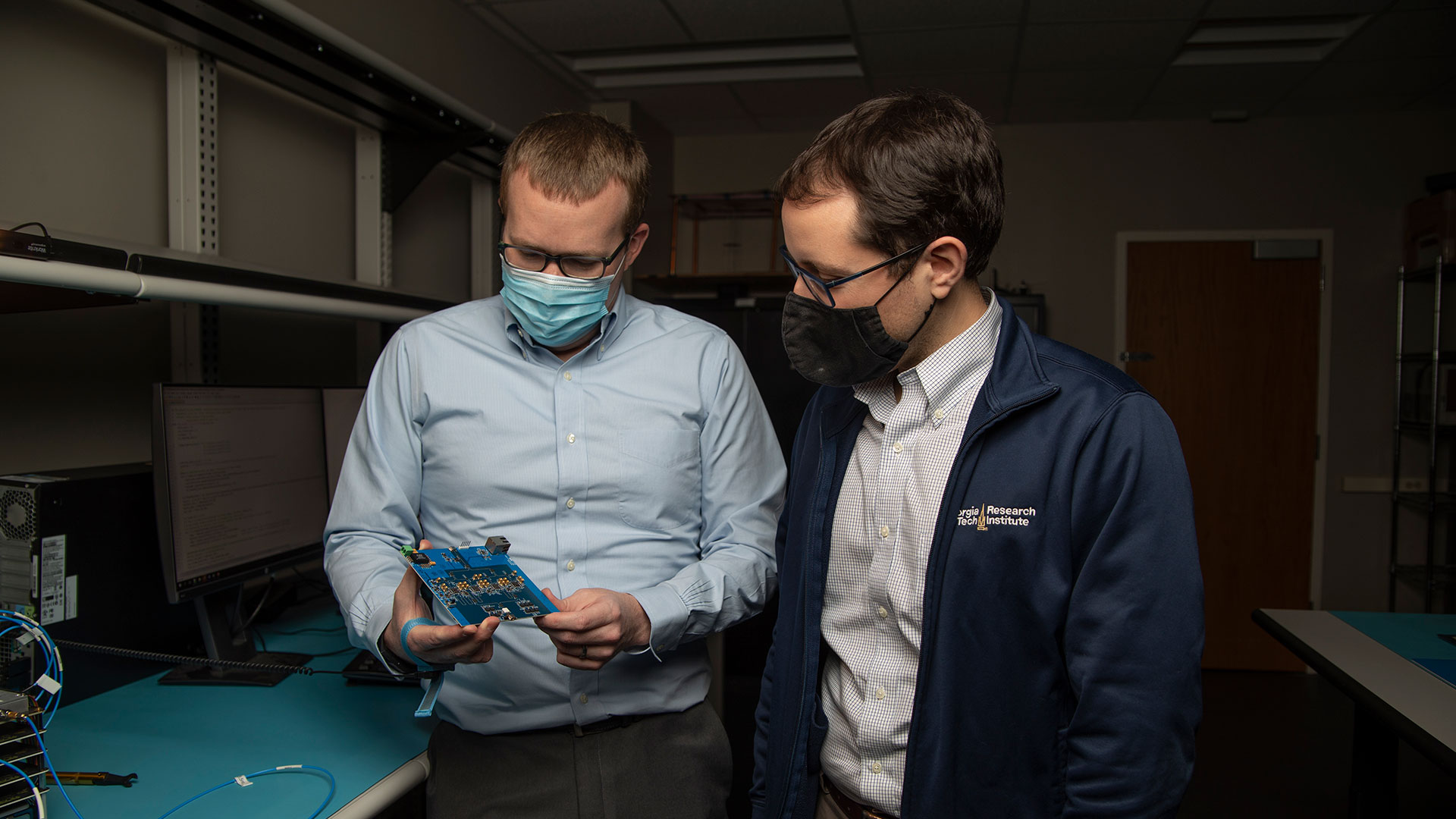 Using the Benefits of Silicon Germanium

The GTRI researchers worked with John Cressler, a Regents Professor in the Georgia Tech School of Electrical and Computer Engineering, to develop the TRAFFIC architecture in silicon-germanium (SiGe), a semiconductor material used for heterojunction bipolar devices designed to provide high-frequency performance in mixed-signal circuit and analog circuit ICs.

Cressler’s team brought a number of novel circuit designs to the project, and demonstrated that the fully integrated filter IC could meet the demanding performance specifications. The IC was based on a 250 GHz, 130 nm SiGe BiCMOS (bipolar + CMOS) platform from semiconductor manufacturing and design company GlobalFoundries. 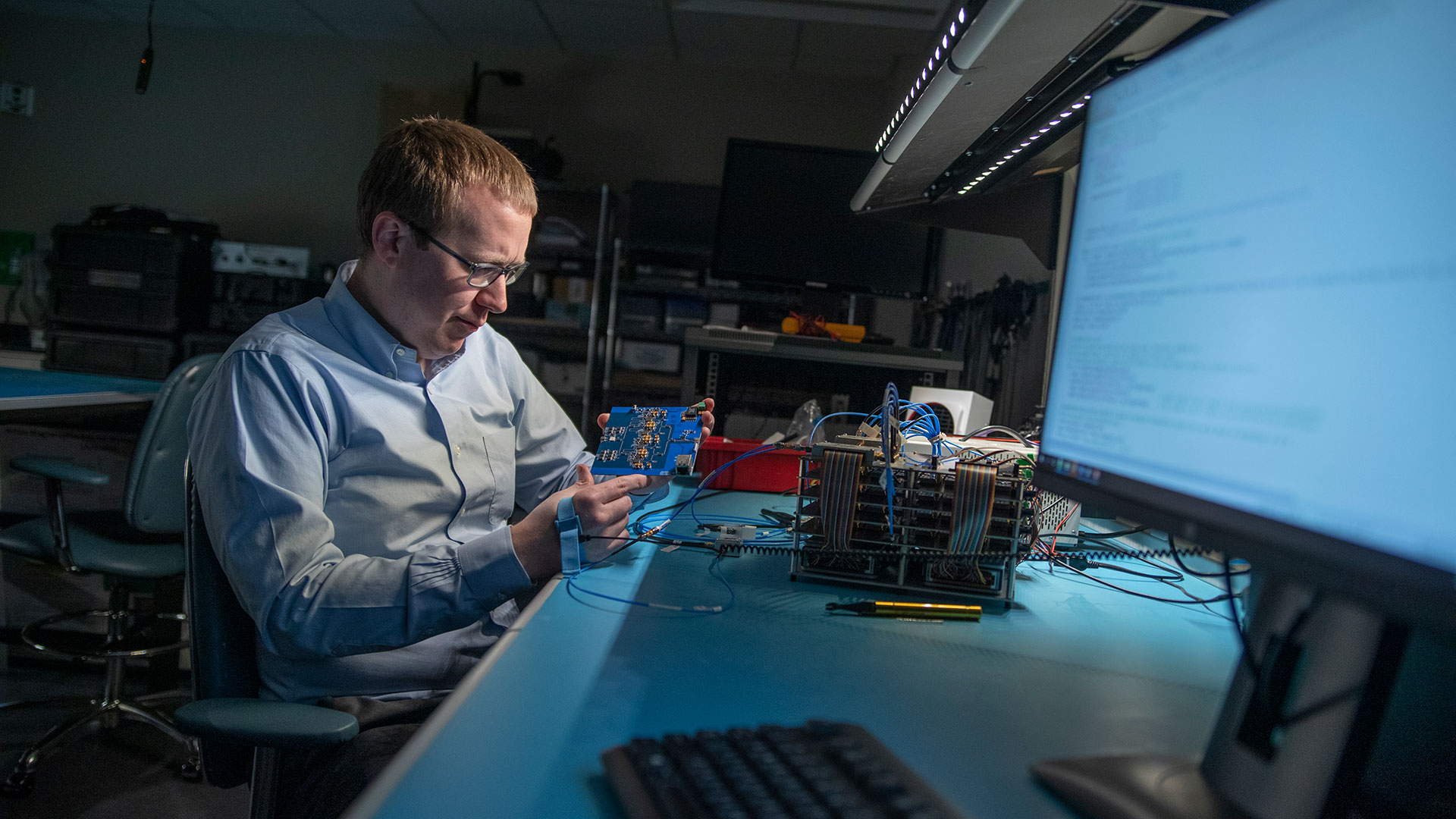 Though implemented first in SiGe, TRAFFIC could be fabricated in gallium arsenide, gallium nitride, indium phosphide or other platforms. “There are certain niche applications where silicon isn’t going to be the best, and TRAFFIC will support those by being technology agnostic,” Lourenco said.

The programmability of TRAFFIC creates a strong advantage in the kinds of applications GTRI develops for its sponsors, Denison said.

Development of the TRAFFIC application has helped give GTRI a new capability for in-house circuit design, which is important for meeting the requirements of the specialized applications it develops.

“To get the bandwidth and the kind of size, weight and performance that we require, we need to have an IC design capability,” Denison said. “Our interest in this was for high-frequency, wideband analog electronics.”