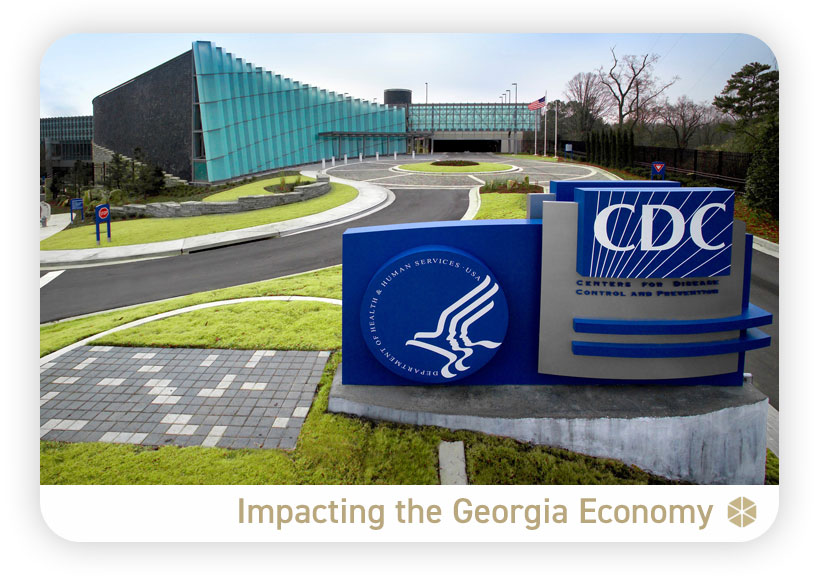 GTRI researchers are helping the Atlanta-based Centers for Disease Control and Prevention (CDC) update and modernize information systems that support the agency’s mission of protecting Americans from health, safety and security threats. Now starting its third year, the collaboration has focused on a range of areas including support for high-performance computing, healthcare interoperability, data analytics, machine learning techniques, synthetic data generation and predictive model development – and visualization to identify trends in the vast data sets the agency receives and analyzes.

Specific projects include techniques for collecting and reporting of Sickle Cell Disease data, dashboards that are both public-facing and internally-focused related to COVID-19 response, improvements in how medical examiners and coroners from jurisdictions and states report mortality information in a consistent way, enhancements in how public health data is collected and analyzed, COVID-19 serology analytics and support, and adoption of new health IT standards and approaches for disease surveillance. GTRI’s collaboration with the CDC began in October 2019. 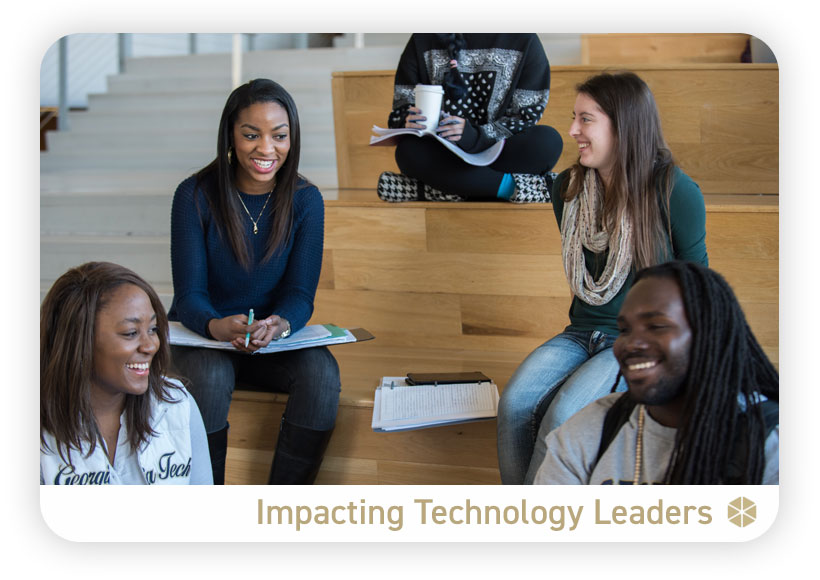 In terms of GTRI's internships and student assistantships, undergraduate students have the opportunity to work with GTRI's eight laboratories and various support units on enriching, hands-on experiences that help prepare them for successful employment upon graduation. GTRI's graduate research assistantships are for master's and doctoral students at Georgia Tech, where they are able to participate in more advanced research projects on cutting edge technology and gain a competitive edge in the job market. 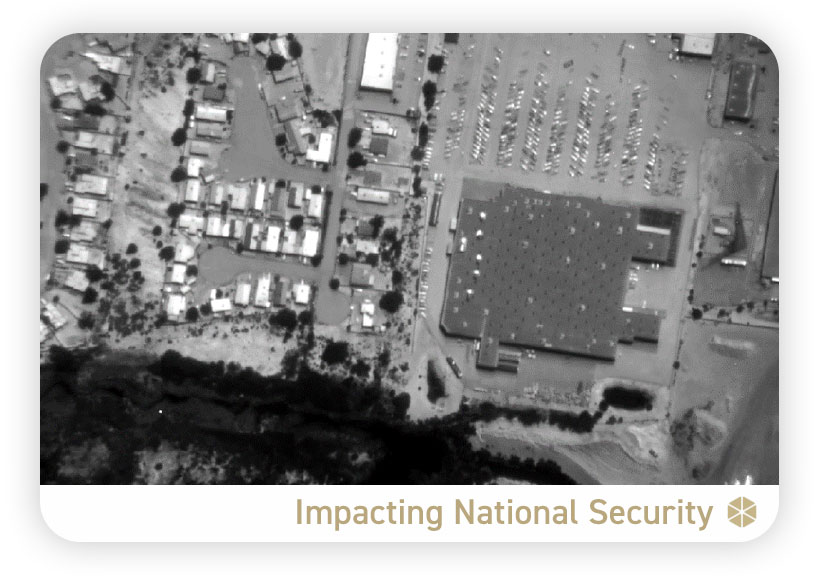 GTRI has been developing camera systems to capture images of the ground from a high altitude to support customer requirements. Over a three-year period, GTRI has evolved the capability from a system that blindly recorded imagery for download after the fact to one that provides data in real time under user control. Operators are able to point the camera to a specific area of interest and even follow moving objects in the scene. Using one daytime and one nighttime camera, the system can collect data 24 hours per day. One application for this technology is to monitor the status of wildfires from a safe distance. 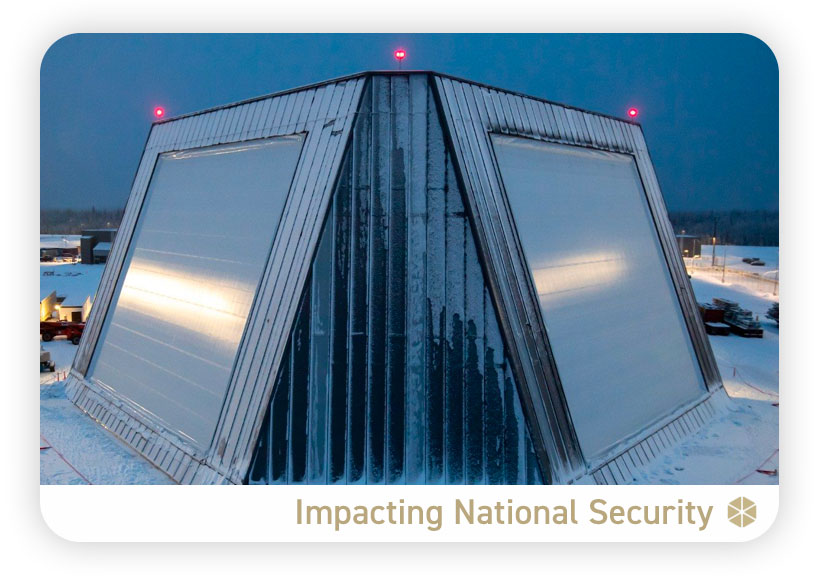 GTRI researchers are supporting integration and checkout activities for the Long Range Discrimination Radar (LRDR) at Clear Space Force Station, Alaska. The LRDR is a search, track and discrimination radar that will be a component of the layered U.S. Missile Defense System (MDS), with the primary mission of providing continuous and precise tracking and discrimination of missile threats to the United States. Operated by the U.S. Space Force, the LRDR will be integrated into the MDS command and control system and will assist with assessing incoming threats to more efficiently activate MDS weapons to intercept such threats.

GTRI supported the initial checkout of subarray suites (SAS) in the system, initial power-on of each SAS, and continues to support the alignment and calibration of the LRDR antenna. The S-band radar is housed in a five-story building that contains two 60-foot diameter radar array antennas. Lockheed Martin is the primary contractor for the project. 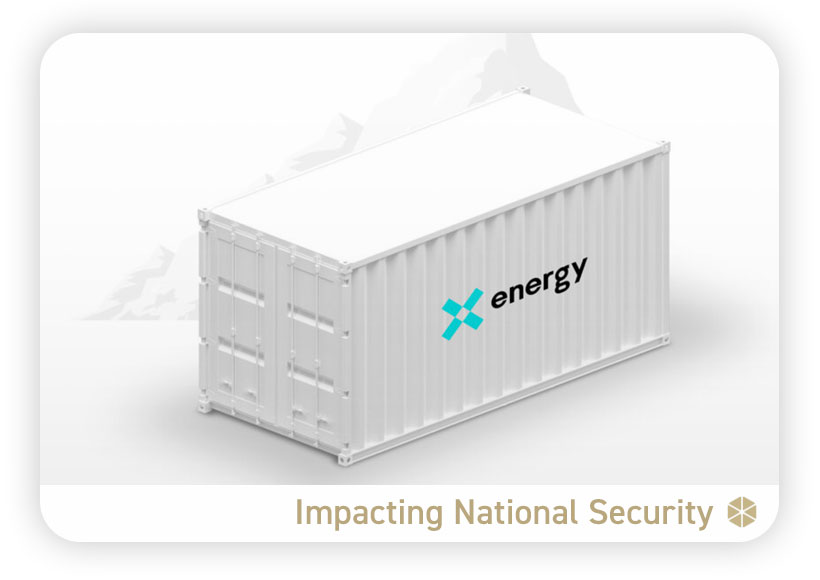 Powering tomorrow’s battlefield represents a challenging but critical task. As the demand for electricity in expeditionary environments rises, the joint force needs a reliable, resilient source of electric power that reduces energy costs, mitigates the supply line vulnerabilities of current fuel sources, and minimizes carbon dioxide emissions. In answer to this challenge, the Strategic Capabilities Office’s (SCO) Project Pele is developing a mobile microreactor. Presently, two companies – BWXT Advanced Technologies, LLC and X-energy, LLC – are maturing designs for a 1 to 5 megawatt microreactor that is inherently safe and will provide electrical power for three years without refueling.

GTRI provides the SCO technical expertise and assists in identifying and addressing operational and radiological considerations. The GTRI team performs analyses on multiple aspects of the Pele Project, including radiation shielding, the response of materials of interest to the expected radiation environment, and transportation considerations. GTRI researchers collaborate with Georgia Tech nuclear and radiological engineering faculty to conduct high-precision laboratory experiments at Georgia Tech’s Radiological Science and Engineering Laboratory. GTRI also leverages its high-performance computing resources to conduct modeling and simulation studies to analyze the impact of reactor designs and operations. Project Pele’s final design review will occur in 2022, with the goal of having a prototype built and tested as early as 2024. 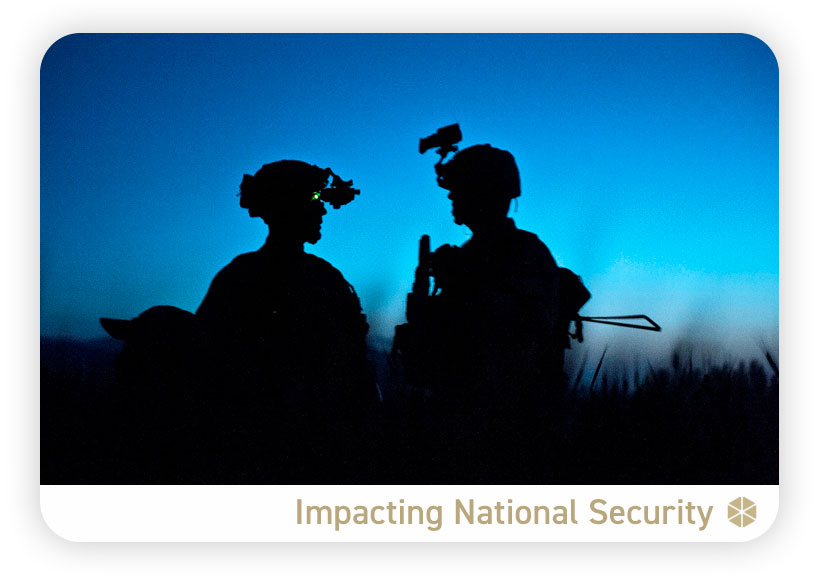 The U.S. Department of Defense (DoD) has expressed the need to train commanders and staffs to respond to a nuclear detonation (NUDET) on the modern battlefield to ensure the U.S. is prepared to succeed in the nuclear operational environment. In June 2020, GTRI was tasked by the Defense Threat Reduction Agency (DTRA) to provide nuclear technology support to enable nuclear wargaming at the tactical level. This led GTRI to begin development of a ground-based wargame for refining techniques and approaches to conventional nuclear integration wargaming.

Within the construct of wargame development, the commander and staff from a U.S. Army Stryker Infantry Battalion participated in virtual wargame experimentation, executing the operations process. The wargame centered around the effects of a NUDET with sufficient fidelity to provide realistic outcomes based on factors such as type of weapon, height of burst, type of equipment, and distance from ground zero. The wargame exposed Blue force participants to the physics inherent in the propagation of prompt nuclear effects such as air blast, thermal radiation, and prompt ionizing radiation. The wargame mapped the spread of effects from the point of burst, mapping the decrease in strength - both due to the dispersion of the effects - and due to the attenuation of the effects in the atmosphere.

Using these modeling considerations, the GTRI project team was able to immerse the Blue force into a series of tactical challenges against a free playing Red force with realistic tactical nuclear weapons effects. Given the current threat of tactical nuclear weapons, DTRA has expressed interest in GTRI’s development of relevant chemical, biological, radiological, nuclear, and high yield explosives models and techniques to enable the education of the next generation of warfighters. 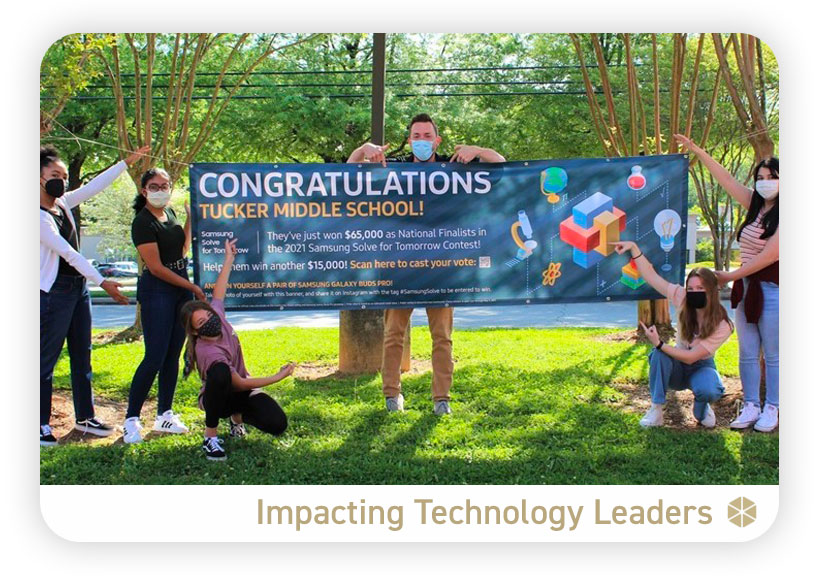 Combating Human Trafficking at Hartsfield-Jackson and Beyond

GTRI and Georgia Tech researchers mentored students at Tucker Middle School as they developed a tracking device intended to help human trafficking victims at points of travel, such as Hartsfield-Jackson International Airport. The researchers provided mentorship, guidance, and feedback to the students as they worked through multiple iterations of their device and competition pitch. The students in 2021 were awarded the Community Choice Award at the National Level as part of Samsung's Solve for Tomorrow contest, and won a combined $80,000 for their school.

The device prototype is intended for airplane bathrooms and designed to dispense radio frequency identification (RFID) chips, which victims could affix to their skin inconspicuously. The tracker would then trigger a silent alarm to alert flight crew members that a human trafficking victim is on board. After exiting the plane, victims would walk through gate readers that silently alert security and allow them to question the individuals in a safe location.