Roughly 200 students, employees and their children viewed the six robot demonstrations at the GTRI Conference Center. Researchers from the Aerospace, Transportation and Advanced Systems (ATAS) laboratory presented their research, which ranged from agile assembly to working with poultry and agriculture.

Researchers and their projects

Robots demonstrate the ability to detect and understand objects in an assembly environment, create a simple assembly and detect potential errors.

Robotic arms work in unstructured environments, such as chicken deboning and leaf picking.

Flying robot uses a camera for classification and detection.

“It is always important to show students interested in science and technology some of what we really do here at GTRI,” said ATAS Lab Director Rusty Roberts. “These students are able to see some of the exciting and groundbreaking work that scientists and researchers do.”

Nearly 40 groups with as many as 60 students to as few as five attended some of the demonstrations located around the campus. Roughly 20 projects on Georgia Tech’s campus greeted the students on April 1, 2016, in celebration of National Robotics Week. 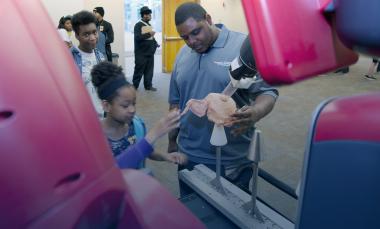 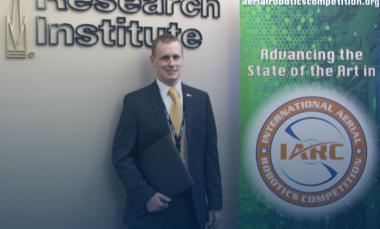 The Georgia State Senate adopted a resolution recognizing a national collegiate robotics competition which will take place at Georgia Tech.
04.25.2016